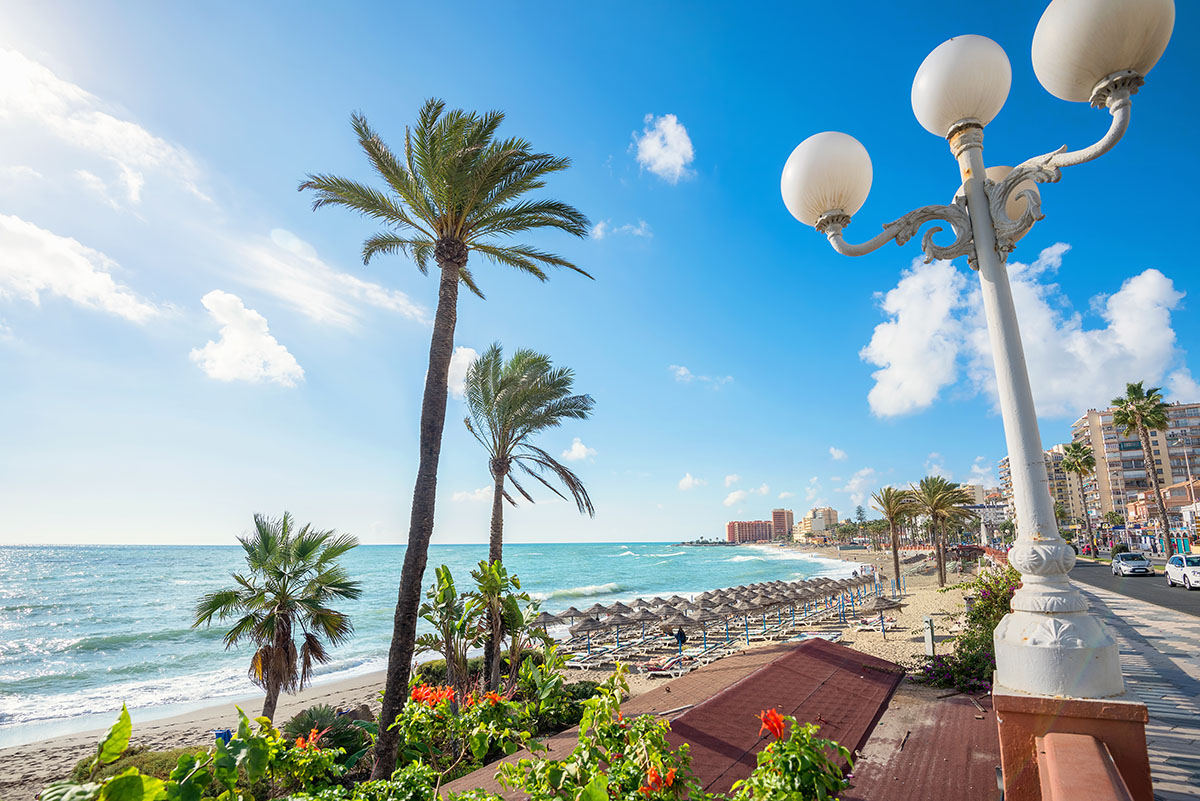 By sr0khs28 August 2020No Comments
Home » About Benalmadena

With such a big appeal, no wonder it is a popular year round destination for families. And for those who take the bus or hire car to go behind the buzzing coastal strip, Benalmadena municipality has a pueblo, traditional village, of the same name with a lively atmosphere over the summer months and a quieter, but nonetheless interesting vibe at other times of the year. Enjoy the larger town of Arroyo de la Miel with its many shops, train station and famous Tivoli amusement park.

Here is your guide to Benalmadena’s three main centres.

The pueblo is an Andalucian white village that is 3km inland and located 200m above sea level, ensuring marvellous views over Malaga Bay. It is characterised by traditional whitewashed houses and narrow streets that lead off from the central square: Plaza de Espana, with its fountain and landmark bronze statue of La Niña (the young girl). A beautiful Spanish church and its courtyards lie at one end of the village and provide shady areas to sit and relax while appreciating those views.

There is plenty of interest to be found locally with a ‘folly’, Castle Colomares, just down from the village and appearing as if from the pages of a book of fairytales as you wind round on the old road out; an Archaeological Museum of Columbian art on the main thoroughfare and away from the centre, but an unmissable sight, the golden copula topped Buddhist Stupa, the largest of its kind in the western world. Across from the stupa is a building that looks like a fancy Asian restaurant but is actually an amazing Butterly Park with hundreds of species on show.

At night the pueblo becomes busy with diners, there are many restaurants threading out from the main square and a choice to suit all budgets, with an opportunity to sit outdoors and perhaps watch the sun set against an immense backdrop view of the coast as you drink and eat.

This area has over the years become Benalmadena’s commercial and residential focus and while its name translates as ‘stream of honey’, river of traffic, pedestrian and motorised, is perhaps more suited at its busiest times. For those who like the atmosphere of a cheerful, working town, Arroyo with its many shops, pavement cafes and people, will provide a diversion from the beaches. Its wide main boulevards are decorated with flowers, there is a centrally located train station stop which connects with Fuengirola, Malaga and the airport, smaller lanes with interesting boutiques and the Tivoli adventure park with Teleferico cable car to ride up the mountain, on its perimeter.

As well as more modern eateries, Arroyo has traditional tapas bars and you’ll also find Churros y Chocolate, the fried donuts to dunk in thick hot chocolate, a filling breakfast that will set you up for the day.

With 8kms of immaculate Blue Flag beaches, souvenir shops and endless refreshment stops, the Benalmadena coast has plenty of fans who return each year. A promenade provides a safe walkway, well away from the main busy highway, and can be taken to reach the stunning marina – several times winner of Best Marina in the World with over a thousand moorings, sophisticated bars and clubs, restaurants, port shops and beautifully designed architecture that mixes Arabic, Asian and Andalucian styles.

Family attractions include Selwo Marina, a theme park with a dolphin show, sea lions, penguins and many other species. The Sealife Aquarium in the marina provides a fascinating insight into life under the waves and Parque de la Paloma is a beautifully landscaped park with a lake, children’s playgrounds and many shaded green areas, perfect for cooling off and relaxing. Benalmadena’s infamous Bonanza Square and Plaza Sol y Mar, also known as 24-hour square, are open late with lower bar prices, fast food outlets, restaurants, live entertainment and clubs.