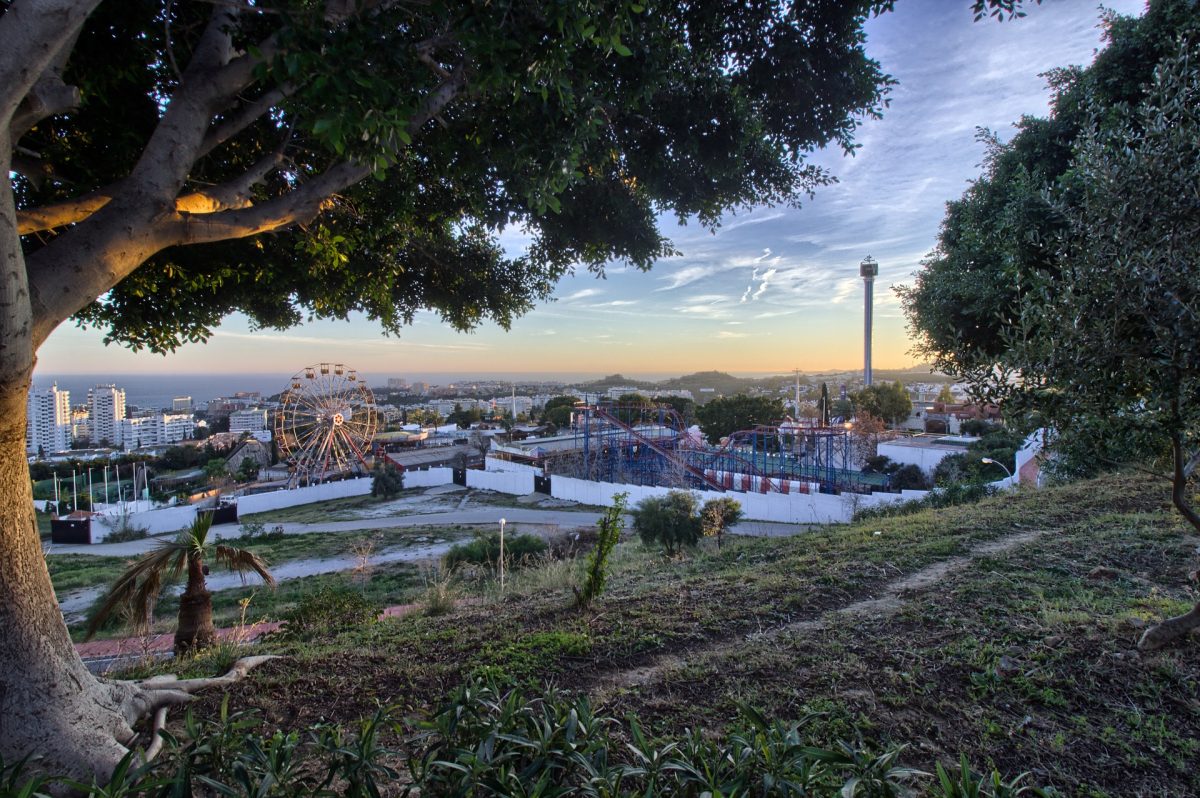 If during your holiday you like to visit shops and cafes in a bustling town where locals are as much in evidence as tourists, then visit the residential working town of Arroyo de la Miel; one of Benalmádena’s three main centres, the others being the coast and the pueblo (village).

Translating as the charming sounding ‘stream of honey’, Arroyo, as many locals refer to it, does not as the name might suggest lie amid bee hives and countryside, though it might well have done so in the past, but continues where the hotels and accommodations of the coast finish and its streets take over.

Plenty of visitors make their way here and stay within the town, which has a lively buzz and benefits from both a railway station with train connections to Fuengirola and Malaga, and the Costa del Sol’s largest and oldest theme park: Tivoli World with the later installation, the Teleferico (cable car) ride close by.

Arroyo de la Miel has a good variety of shops, including small streets of boutiques, and a huge assortment of places to eat including tapas bars, Spanish and other types of restaurant, coffee bars and cafés.

The daily trains and buses disgorge commuters and holidaymakers, who have only a few minutes’ walk to Tivoli World which is also the scene of a large, colourful market on Fridays.

Those with a head for heights will enjoy the cable car ride up Mount Calamorro to almost 800m, the highest point in the province, with fabulous views and a raptor reserve (Jardin de las Aguilas) with daily falconry shows and even better views if you take the steps to a higher viewing platform. You can to the return journey either by cable or on foot.

Other popular things to do within the area are the 33 metre high Buddhist Stupa and Benalmádena’s Butterfly Park (‘Mariposario’). Arroyo de la Miel from Select Benal Beach is a five-minute drive.