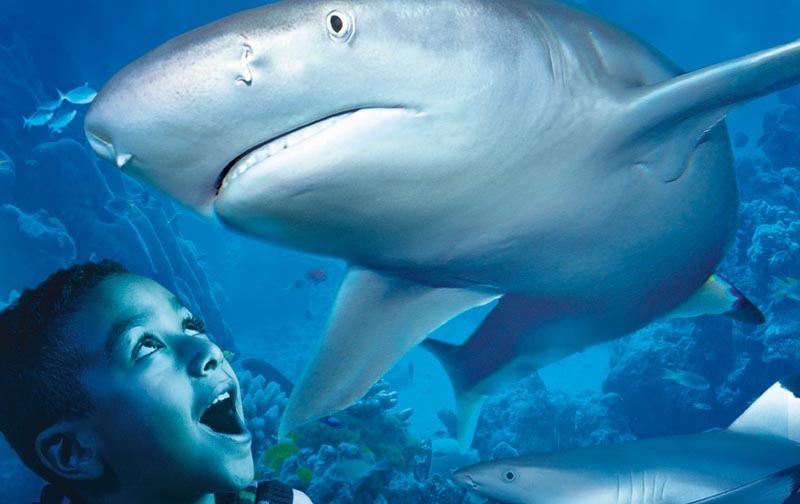 A fascinating life beneath the ocean waves is revealed on a visit to Benalmádena’s massive Sea Life aquarium in the marina, from fearsome predators and weird looking creatures down to pretty, prehistoric seahorses and brilliantly coloured tropical fish.

With 36 displays, a touch and hold rockpool and a spectacular underwater tunnel for incredible close-ups of sharks, and hundreds of other inhabitants of the planet’s deep oceans and seas, there’s plenty of bang for your buck.

Sea Life has over 2,000 sea creatures to meet face to face including giant turtles, rays, octopuses, eels and sea otters, with feeding demonstrations every day and shark ‘mealtime’ demonstrations on Tuesdays, Thursdays and Sundays.

‘Claws’ is one of the latest attractions, introduced in 2014, providing rare insight into the world of crustaceans through a wide variety of crabs and lobsters. It’s an opportunity to learn some amazing facts about these armour-plated predators. For instance, a Japanese spider crab can weigh up to 20kg and reach 4 metres across in size, from claw to claw! Both lobsters and crabs have teeth in their stomachs…

Sea Life is instrumental in raising awareness of welfare issues relating to marine wildlife and helps with conservation work for sea turtles, whales and sharks. It has a breeding programme for seahorses, is involved in marine animal rescue including seals and supports the worldwide effort to reduce ‘by catch’; whereby non-edible marine species are caught in the nets of tuna fishing fleets.